Welcome and thank you for stopping by. I have been told that there exists more than one Michele Wong by more than one producer or bank teller, after which I am asked to explain which one am I and what is my profession? This makes me smile as I am then tempted to change my name to something more robust like George Eliot or Toni Morrison, although there is a slight preference for anonymity.

I intend to find the time to walk the path of Eliot and Morrison one day, albeit the nature of a paid writing gig is quite different from that of a novelist. My experience has allowed me to see various genres and forms of writing in both the corporate arena and the arts. One is more informative and requires getting straight to the point and the other allows for reflective meandering. I, however, think there is a place to meld both mindsets just because creativity plays a key role in garnering an audience. Hence below and on the services page is my bio and creative experience, both past and current. If there is anything you need to query, feel free to tap away on the computer and send!

I graduated with a post-graduate diploma in Teaching Media Studies and a BA from Monash University, where I studied Communications and Marketing. My early mentorship in an advertising agency showed me the art of the sale but in the most creative of ways. While apprenticing with a media and film studio, I worked on documentaries bought by History Channel until finally directing my own documentary about how people face early and mid-life traumas. I have had the greatest pleasure in being inspired by Peter Hilary, Rick Hansen, Sam Sullivan and Arthur Erickson, all in the course of documentary and interview work. This has led to helping others with infomercials for non-profit projects.

As someone that loves the literary forms of writing, I had my early beginnings with film scripts and play writing, some of which have been broadcast on national television and radio as well as performed publicly. I have since ventured into fiction inspired by the work of Peter Carey, Nicole Krauss and George Saunders and many other writers that meld lyricism, humour and pathos sometimes in the most genteel of manner and sometimes, perhaps a little subversively. A wide reading perspective has allowed me to create comprehension stories for one ministry of education project and on a very different scale, edit other people’s fiction and memoir manuscripts.

The world really is an oyster, not merely in terms of globalization but more so in that we are rather fortunate to come across all kinds of people from all walks of life through film and now online portals. Whether it is reviewing a CityTV script or writing a promo for ConnecTra Society, I have always been excited as I know that the right words can touch others in a visceral way and if done well, the endeavor can plant a seed of questioning, or thinking or even an engendering of change or action. I tend towards deep writing but whether it is corporate or fiction, I will take heart over profundity any day. 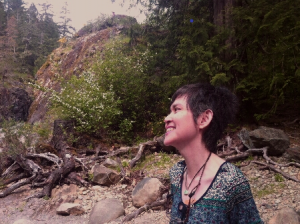